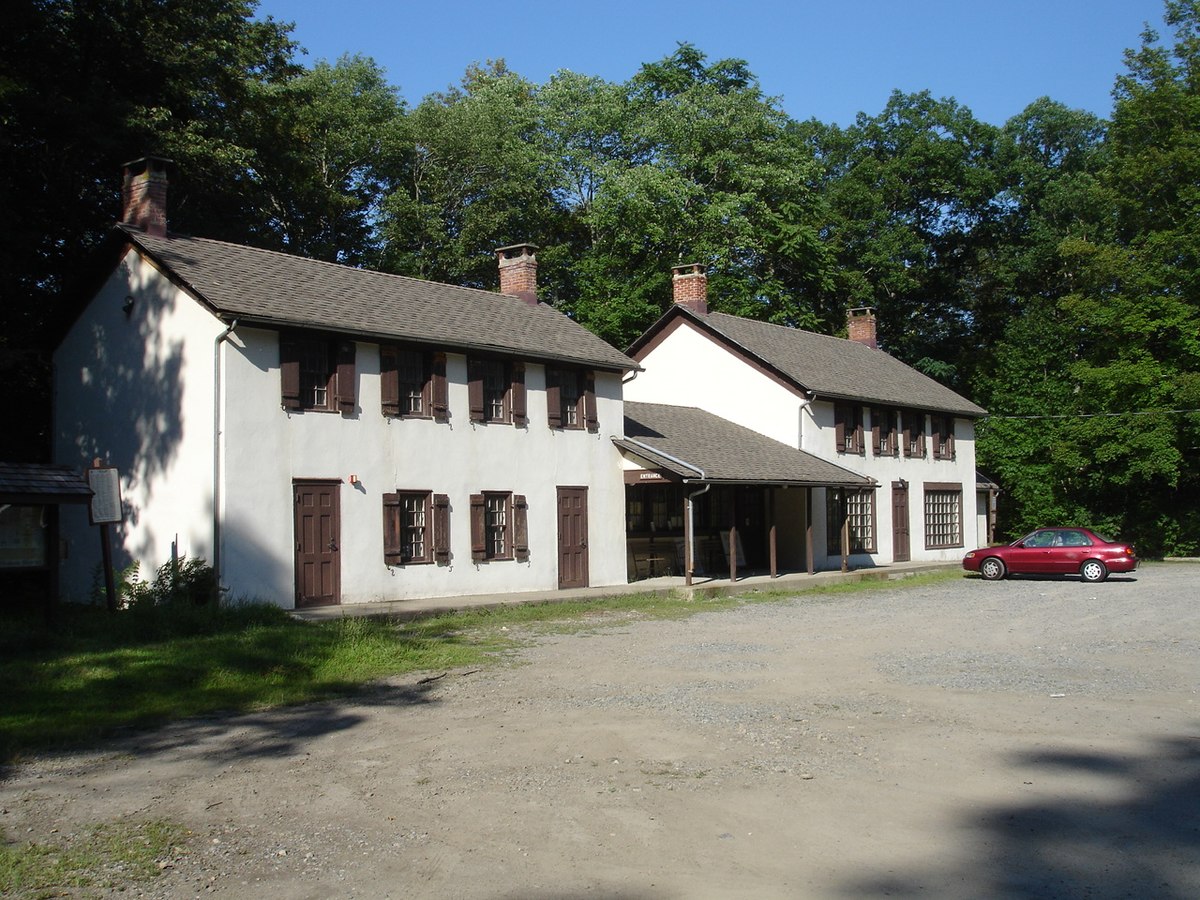 Demons Alley is located in West Milford, New Jersey on Route 23. It is a long narrow road lined on both sides, with about eight empty homes, that are slowly falling apart. The mystery surrounding to why these homes are empty, is just that — a mystery. Of course, there are a few theories as to why people left the homes of Demons Alley abandoned. There has also been many rumors that Demons Alley is haunted, and people that have visited the site often report experiencing a “creepy” feeling when they arrive.

The History of Demon Alley

The houses of Demons Alley were originally built by the City of Newark Water and Reservoir Plant, to house there workers. Unfortunately, it seems no one quite knows when these homes were constructed.

The New City Complex, which was the original name of the site, sat on 466 acres and was left abandoned in 1992. The townspeople not only disappeared and left the homes abandoned, but they left their possessions behind, including their clothing and furniture. Even plates of food were found left behind on the tables.

The Legends of Demon Alley

The most talked about and scariest legend of Demon Alley is the story of a man that supposedly moved into the town sometime around the 1980’s. Sometime after his move there, strange things began to occur, which Demon Alley residents suspected was due to kids coming off Rt. 23 to play jokes on the odd street. These incidents left the townspeople upset enough that the man recommended that they hold a town meeting at his home, to discuss what they needed to do. Bad thing is the new town member had other plans for the town’s people.

It’s been claimed that this man had been a cult leader in the midwest and had a large following of members. He had perpetrated the pranks in a plot to get all the town members together under the roof of his home. Once all were gathered in the downstairs, cult members stampeded from the upper level and engaged in a massacre of every member of the town. Supposedly, the cult fled and were never caught. The old man said no one in the town talks about the incident, and most deny it ever happened.

It’s possible the curious may never know the truth about New City Complex, best known as Demons Alley, because in 2005 the city demolished the houses, leaving nothing but 466 acres of land.
If the area was haunted, then perhaps the ghosts of the townspeople still roam Demons Alley, searching for their killers. However, maybe it really is not haunted and there’s another explanation for the mysterious fate of this abandoned community, more for the curious to learn. Whatever the case, the events that unfolded in Demons Alley will remain a mystery awhile longer.

Had there actually been a mass murder of this perported size, there’s no doubt it would have made national headlines. Research shows nothing of the sort. In fact, no documented crime has ever occurred in the area, nor does any evidence exist for any such tale of a maniacal, murderous cult leader.

There’s also the claim that possessions were forsaken when the homeowners abandoned the area. Why would this have happened? Who knows. But it’s certainly not unusual. Maybe they left a few junk items. Maybe over the years the distressed homes in Demon Alley were used by squatters. Was this even true?

Another theory is that the actual town was not real, that a moviemaker had purchased it and the homes were part of a movie set. Of course, once the filming had stopped, the homes were of no use, so they were left abandoned to decay.

Yet another theory is that there had been an outbreak of radon or carbon monoxide, and that the town’s people had no choice but to leave right away, having to leave everything behind.

What most likely happened is that when the Water and Reservoir Plant automated their system, they no longer needed the workers, and the workers became forced to find new jobs and move away.
Never-the-less, this is one old legend that’s always been fun to ponder. And New Jersey’s Demon Alley’s lack of facts doesn’t make it any less of a good quality urban legend.