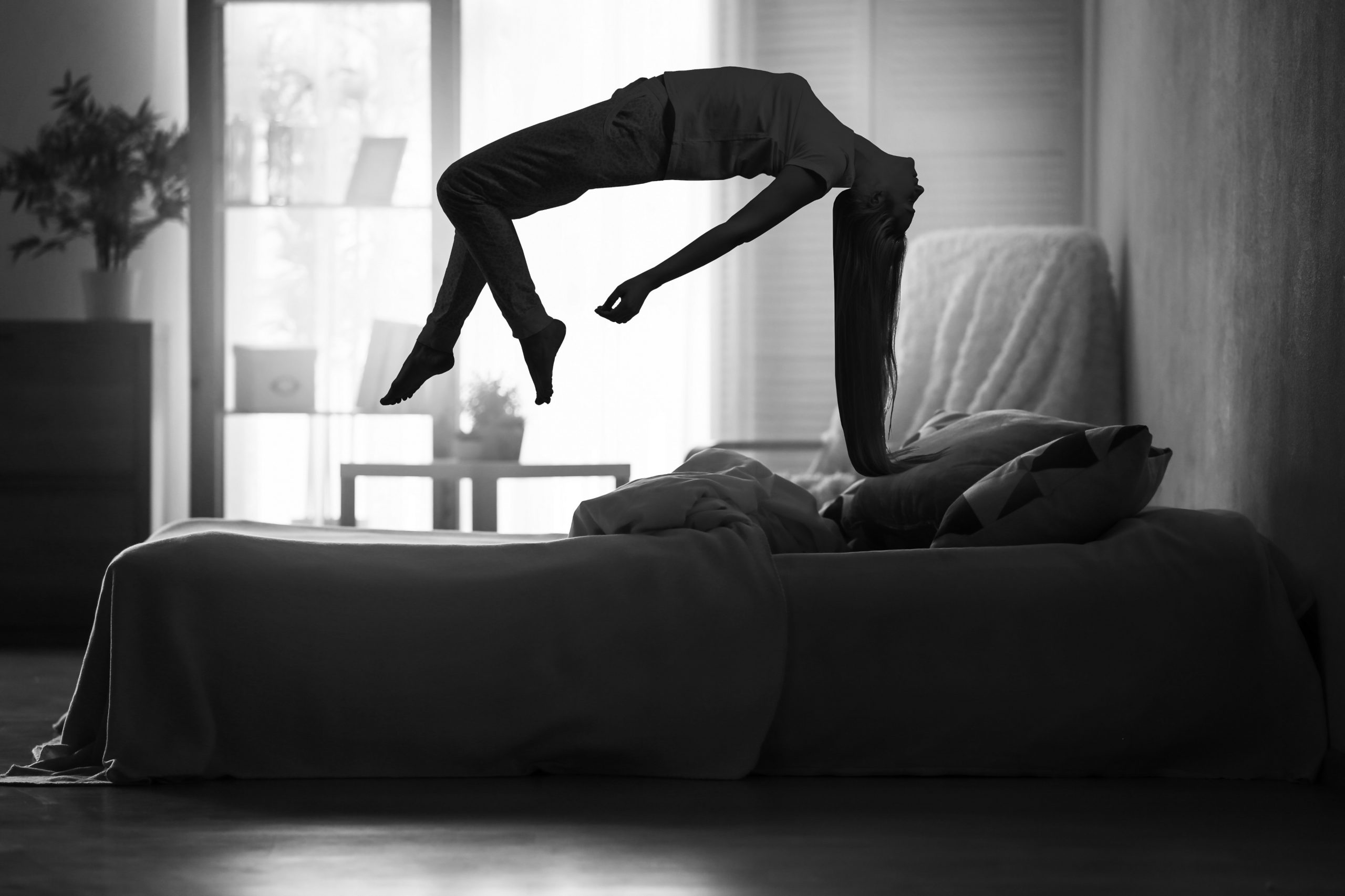 The phenomenon of sleep paralysis has been reported throughout history all over the world. Sleep paralysis is a condition that occurs to some people upon waking or just as they go to sleep. During an episode, the person affected feels paralyzed, and totally unable to move, but awake and aware of his surroundings. Often, there is the feeling of someone sitting on their chest and holding them down.

It has been referred to in folklore as well, with the inclusion of an intruder in the room who sits on the sleeping person’s chest and prevents them from moving or breathing easily. The word, “nightmare” is derived from this. “Mare” is an Old English term for the old lady that was thought responsible for these attacks. She is also called the “Hag.” People who have these experiences are generally quite terrified because they feel helpless and under an attack from some kind of entity.

Science has some possible explanations for this phenomenon. The real mechanism is still unknown, and these are just theories. When a person falls asleep, and enters the REM stage, there is complete muscle weakness (atonia). This is to prevent the sleeping person from physically acting out his dreams. If there is an overlap in sleep stages, then the waking part of the sleep sequence happens before the atonia ends, causing the sleeper to be awake, but still paralyzed. The prevalence of sleep paralysis in adults is about 6 in 100. Some people only experience it once in a lifetime, if at all. Others have frequent episodes. Sometimes it is tied to other conditions like narcolepsy and sleep apnea. Interestingly, there is a researcher named David J Hufford, who spent his career studying this phenomenon. 80% of people have a strange subjective experience that is associated with sleep paralysis. It seems to include more than the old hag event. He has discovered a definite paranormal element involved in quite a few of these instances.

He began his work in Newfoundland, Canada, looking for beliefs that were not mainstream in nature. He was looking for folk traditions and the relevance to the event. A lot were dismissed as superstitions, but he felt they deserved more consideration. The experience was not tied to mental illness, and he found there was a lot of historical evidence that pointed to a consistent event, not a psychotic episode. He wrote a book titled, “The Terror That Comes in the Night.” And he has concluded that in many of the incidences of sleep paralysis he studied, there was an element of a paranormal event. There seemed to be an entity involved or present. In fact, he had one instance of sleep paralysis himself in college, and in his experience, he felt a presence in his room.